Linzy was born and raised in Tallahassee, Florida. She graduated college in 4 years from Concordia University, Saint Paul with a Bachelor of Arts in Business Administration, a Bachelor of Science in Kinesiology with an emphasis in Sports Management, and a minor in Coaching. Throughout Linzy’s time in high school she competed in Volleyball, Basketball, Track & Field, and Tennis. She then went on to compete in Volleyball during her time at Concordia University.

Linzy is coming to us from Visitation School in Mendota Heights where she has been the Administrative Assistant to Athletics since 2018. She has been a volleyball coach there since 2011. Before her time at Visitation she was the Adult Volleyball Coordinator for North Country Region Volleyball since 2011. Linzy discovered her passion for helping kids grow not only in their athletics and extracurricular activities, but as people when she began coaching volleyball while she was still in high school. She is extremely excited to be joining the Trojan team and to help make a positive impact on the students, and the school, as a whole.

Linzy currently is living in Lonsdale with her husband, Jim, and 3 kids; stepson Carter (11), daughter Kira (5), and Colt (2). Carter enjoys football and is excited to play for the Trojans! Kira is looking forward to trying new sports as she starts her journey as a Trojan and playing outside, no matter the weather! Colt enjoys trucks and playing outdoors. They all enjoy being with family, boating, being outdoors, and swimming. Linzy is looking forward to becoming part of the New Prague Trojan community.

Kristen started her swimming career on the YMCA swim team in Rochester, MN from age 8-18. She continued swimming for Rochester Mayo High School from 7th - 12th grade. After her personal career ended, she transitioned into coaching the sport she loves - swimming.

Coach Munden has been coaching swimming for multiple age groups for 16 years.  She is a current coach for the Neptune Swim Club in New Prague and was previously the head coach at the YMCA in Mankato. Coach Munden will also be starting her 5th year as the Head Girls Swim/Dive coach at Tri-City United. Her experience with starting the TCU team in 2017 will be an essential component as we look to get our boys Swim/Dive program started.

She is very excited to be a part of this new program for the Trojans and looks forward to working with the student-athletes on achieving, and surpassing, their goals.  Coach Munden cannot wait to dive into the first Boys Swim and Dive season at New Prague High School.

Kristen will be starting her 10th year teaching at TCU Lonsdale. She adores her 2nd graders. Along with her teaching and coaching she enjoys watching the Minnesota Vikings every Sunday in the Fall and camping at Lake Okoboji with family in the Summer.

Jamie and her family moved to New Prague in 2001, where she currently teaches middle school language arts and social studies at St. Wenceslaus Catholic School. Jamie coached the New Prague High School Girls JV team during the 2020 season. All four of Jamie’s kids  (Kaitlyn ‘12, Drew ‘15, Kyle ‘17, Luke ‘19) graduated from New Prague High School and she is excited to become part of the proud tradition of NPHS athletics. 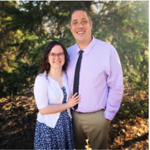 For the past 15 years, John Pohland has taught 3 curricular bands, the Wind Ensemble, Concert Band and Symphonic Band at Waconia High School. He also co-taught the  9th grade varsity band, as well as taught lessons for all students. He also taught courses in music theory and music appreciation.  Outside of the day, he directed or co-directed all three high school jazz bands, the pep band, fall musical pit band, marching band and the varsity show choir band. In 2018, John was named Waconia Public Schools “Teacher of the Year,” and was then nominated for the State of Minnesota Teacher of the Year. In 2019, John was nominated for a Grammy for Music Education and was a quarterfinalist for this honor.

John received his Master of Music in Music Education degree from Michigan State University and his undergraduate degrees in Instrumental Music Education and Trumpet Performance at the University of St. Thomas.  While at St. Thomas, John was selected to the 2004 CBDNA Honor Band, and was twice chosen as a Festival Orchestra soloist, where he received the opportunity to play concertos with members of the St. Paul Chamber Orchestra. Mr. Pohland has studied with trumpet professors Chris Volpe (St. Thomas) and Richard Illman (Michigan State University).  He remains an active trumpet player in Grand Symphonic Winds (St. Paul) and has played with Minnesota Symphonic Winds (Edina). He has performed at the Midwest Band and Orchestra Clinic with both ensembles.  His research interests include: singing/vocalization in instrumental music education, democratic music education, and music teacher education and evaluation.

John stays active as a judge and clinician around the state of Minnesota, and has been a guest conductor in various honor band and band camp settings. John aims to advocate for music education and the arts whenever possible.  He has been selected as a presenter at the MMEA Mid-Winter Clinic, and has published articles in the Collegiate MENC (now NAfME) online journal.  Mr. Pohland’s professional affiliations include the Minnesota Music Educators’ Association, the National Association for Music Educators, the Minnesota Band Directors Association and the International Trumpet Guild.

John currently lives in Hopkins, MN with his wife Mary Kate. They enjoy traveling, Twins games and being with their family. John is an avid golfer, and in the past year has gotten back into running, completing multiple half marathons in the past year, and is currently training for Grandma’s Marathon in mid-June. John and Mary Kate are looking forward to moving to the New Prague area and getting to know the community in the coming months.

Greg Sayuk was offered, and has accepted, the Head Girls Volleyball Coach position at New Prague High School.  Coach Sayuk has 17 years of experience as a varsity volleyball coach, as well as experience coaching club teams of varying ages from 14-17. He was on the New Prague High School coaching staff as the assistant varsity coach for the 2020 season. He also has over 13 years of experience as a club director and athletic administrator.

Sayuk served for 16 years as the Head Coach at Southwest Christian High School in Chaska where he amassed a career record of 334-171. Southwest Christian High School had three state tournament appearances in his tenure, including a runner-up finish in 2012, and the school’s only state championship in 2013. He also has several years of club experience as a head coach at multiple age levels including the MN Select 17-1’s (2 years), M1 15-1’s, SWC 14-1’s (7 years), and currently coaches in the New Prague JO program. In addition to the state championship, Sayuk led his high school teams to 10 conference championships & 3 section championships. He is a 7-time Section Coach of the Year and a 2-time Minnesota State Coach of the Year (2012 & 2013). For the past 15 years, he has been very active in the Minnesota Volleyball Coaches Association serving as the All-State Coordinator, Webmaster, & the Section Representative.

He is passionate about coaching as it is an opportunity to positively impact players by helping them achieve their athletic goals, and build habits that players will use throughout their lives. Coach Sayuk resides in Carver with his wife, Kari, and two boys - Dominik (6) and Christian (2).

Brad Drazan has been offered and has accepted the Head Boys Hockey Coaching position at New Prague High School pending board approval. Drazan comes from a family of educators, including New Prague Hall of Fame educators Fran and Irma Langer, and mom, Mary Drazan, a second grade teacher at Falcon Ridge Elementary. Drazan is a native of New Prague, Minnesota where he graduated from New Prague High School in 2008. He played hockey for the Trojans and was the captain of the 2008 Boys Hockey team.  After graduating from New Prague, Drazan went on to attend Minnesota State University-Mankato to study elementary education. He continued his education and earned his Masters Degree from St. Mary’s University and is close to completing his Administration license from St. Mary’s University.

Drazan previously was an assistant coach with the New Prague Girls High School team from 2012-2016, including a state tournament appearance in 2016. He has also coached in the New Prague Youth Hockey Association since stepping away from the Girls Program.  He currently teaches 5th Grade at Eagle View Elementary and is completing his 6th year in that position. Drazan and his wife, Makayla, along with their 15-month-old triplets Anders, Kinley, and Hudson live in New Prague.

You could win VIP tickets to the 2022 Premier League Mornings Live Fan Fest in Philly!HOW TO ENTER